Fast 1-5 Day Delivery on all orders within US Details


The taste compared to the imperial hookah pen is not that...

I bought this pen but the chrome design and I love it!!! It...

Personally, I really like the electronic charcoal. The one... 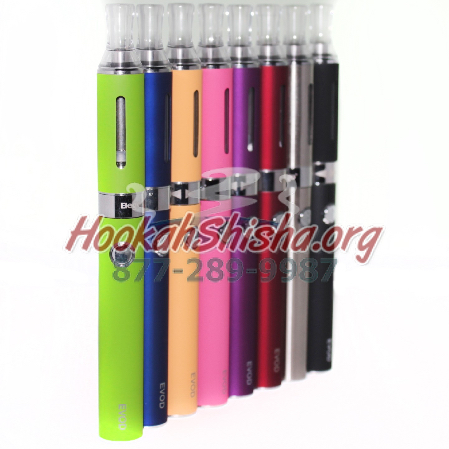 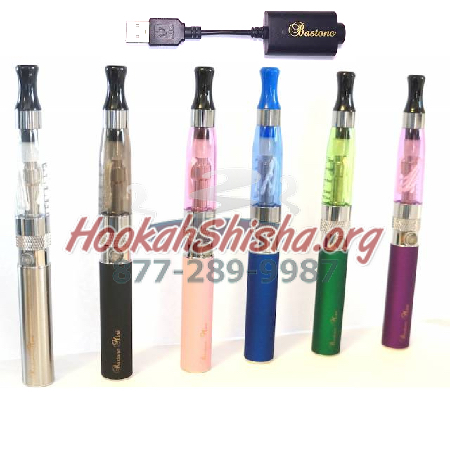 Would it be possible for an electronic cigarette to receive FDA approval?

Answer- As of now the best overall hookah sticks is the “Bastone” and in close 2nd “Eshish” as the second public choice.

Answer- Taste, in theory the actual devices are the same, the only real difference is typically the taste and nicotine content.

Answer-  You are the chef!

Answer-  the clouds of smoke are larger and you are able to mix your own flavors, so many say yes.

Answer-  too much of anything is bad for you. It is recommended to rely on the reputable brands as they have the best quality control and only include water and fruit flavoring into their sticks (nicotine into some as well where noted).

Answer- no, but if you puff on it like crazy and blow into the smoke alarm while standing on a chair...it will, we tried it :)

Answer- A hookah stick is an electronic water vapor device that comes in different flavors and gives the effect of an ordinary hookah but in a portable form in a shape of a cigarette.

Answer- When the light is blinking this means the stick is done. Your hookah pen can also blink when you inhale for longer than 5 seconds, this is an auto-shut off to prevent from wasting the liquid. Shop here for your new hookah stick

Can I get a Reusable, Rechargable Hookah Pen , Refillable Hookah Sticks?

Do (Does a) Hookah Sticks, Hookah Pens have Tobacco, Nicotine, or Tar?

What is the legal age to smoke hookah stick? With and without nicotine, Do you have to be 18 to buy a hookah pen?

Answer- 18 years old is the standard age in the USA, whether it is with nicotine or nicotine free. A recently passed law in NYC will make the new legal age to purchase tobacco 21 starting in Spring of 2014. This does not impact nicotine free hookah pens such as Bastone Zero.

Answer- In theory you can become addicted to anything. Some Hookah sticks contain nicotine some do not. Nicotine can be addictive substance.

Do Hookah sticks have any harmful chemicals?
Answer:

Many high quality hookah sticks, only contain water , fruit flavoring, and Propylene glycol neither of which are harmful, and most definitely           less harmful than the 4,000 chemicals in cigarettes. Some contain Propylene Glycol or Vegetable Glycol which is made from vegtable oil.

The acute oral toxicity of propylene glycol is very low, and large quantities are required to cause perceptible health damage in humans; propylene glycol is metabolized in the human body intopyruvic acid (a normal part of the glucose-metabolism process, readily converted to energy), acetic acid (handled by ethanol-metabolism), lactic acid (a normal acid generally abundant during digestion),[12] and propionaldehyde (a potentially hazardous substance).[13][14][15]

Serious toxicity generally occurs only at plasma concentrations over 1 g/L, which requires extremely high intake over a relatively short period of time.[16] It would be nearly impossible to reach toxic levels by consuming foods or supplements, which contain at most 1 g/kg of PG. Cases of propylene glycol poisoning are usually related to either inappropriate intravenous administration or accidental ingestion of large quantities by children.[17] The potential for long-term oral toxicity is also low. In one study, in 1972, 12 rats were provided with feed containing as much as 5% PG in feed over a period of 104 weeks and they showed no apparent ill effects; no data on offspring was offered.[18] Because of its low chronic oral toxicity, propylene glycol was classified by the U. S. Food and Drug Administration as "generally recognized as safe" (GRAS) for use as a direct food additive.

Would it be possible for an electronic cigarette to receive FDA approval?
Answer:  Yes. FDA issued a letter to the Electronic Cigarette Association inviting electronic cigarette firms to work in cooperation with the agency toward            the goal of assuring that electronic cigarettes sold in the United States are lawfully marketed.  The agency intends to regulate electronic cigarettes and            related products in a manner consistent with its mission of protecting the public health.FDA has not evaluated any e-cigarettes for safety or                              effectiveness. When FDA conducted limited laboratory studies of certain samples, FDA found significant quality issues that indicate that quality control              processes used to manufacture these products are substandard or non-existent. FDA found that cartridges labeled as containing no nicotine contained            nicotine and that three different electronic cigarette cartridges with the same label emitted a markedly different amount of nicotine with each puff.                    Experts have also raised concerns that the marketing of products such as e-cigarettes can increase nicotine addiction among young people and may                lead kids to try other tobacco products.
How many hookah stick flavors hookah pen flavors do they come in?
Answer - Hookah sticks come in a wide variety of flavors which is currently continuously expanding.Jungle Juice, Imperial Mix , Passion Fruit, Sensual          Vanilla, Minty Grape, and Mocha Latte, Peach Mango Paradise, Melon Dew Rush, Strawberry  Margarita, Blueberry Blast, Cherry Splash , Cherry Apple Twist , Chocolate Mint Twist , Farm Fresh Blueberry , Green Apple , Lemon Mint Twist , Lolly Pop  Grape , Minty Breeze , Perfect Peach , Mango , Regular Ecig , Strawberry Kiwi Twist , Summertime Strawberry , Strawberry Peach Twist , Tropical Blast , Vanilla Cake , Watermelon Burst , Watermelon Lemon Twist , Wildberry Twist , Strawberry Banana Twist , Peachy Keen, Bull Energy, Menthol Ice, Extreme Menthol
What is the law regarding where I can smoke a hookah stick, E-cig, portable hookah pen in public places, like in the airport, on an airplane, in a restaraunt on a bus etc?

Is there a limit to how many hookah sticks I can carry with me when traveling out of the country?

Answer- No, but you might run into issues with customs that will result in paying duties/taxes.

Are hookah sticks really a better alternative to smoking cigarettes?
Answer- For some individuals it can be a great replacement as some do contain nicotine and can give that tinge that cigarettes give. As a person weans of the nicotine they can continue smoking hookah sticks without nicotine.

NOT FOR SALE TO MINORS | Products sold on this site may contain nicotine which is a highly addictive substance. CALIFORNIA PROPOSITION 65 - Warning: This product contains nicotine, a chemical knowns to the state of California to cause birth defects or other reproductive harm. Products sold on this site is intended for adult smokers. You must be of legal smoking age in your territory to purchase products. Please consult your physician before use. E-Liquids on our site may contain Propylene Glycol and/or Vegetable Glycerin, Nicotine and Flavorings. Our products may be poisonous if orally ingested. Products sold by HookahShisha.org are not smoking cessation products and have not been evaluated by the Food and Drug Administration, nor are they intended to treat, prevent or cure any disease or condition. For their protection, please keep out of reach of children and pets. Read our terms and conditions page before purchasing our products. USE ALL PRODUCTS ON THIS SITE AT YOUR OWN RISK!

Are you of legal smoking age?
Yes (enter) No (exit)